For the rest of this week I am traveling up North to work on a project involving gulls…not too sure what this entails yet but hopefully not getting attacked during the nesting season! But this means I will be driving there tonight and staying until Friday in a bed and breakfast, so last night I decided to have a little granola cooking frenzy and tried out a few different combinations of flavours that i can tub up and take with me.

The result ended up with three different flavour combinations:

This time, in addition to my basic granola mix I also added some uncooked quinoa before putting in the oven which adds a tasty crunch!

Unfortunately my trusty taste taster is away with work at the moment, but if he’s lucky I might save him a bit of each and see what he thinks of them. In the meantime, here’s what I think of the flavour combos…

Citrus Granola – This had a refreshing taste with strong citrus flavour. It wasn’t too sharp or bitter but had a nice tangy taste.

Coco Granola – I was a bit disappointed with this granola, but only because the intensity of flavour from the dessicated coconut was lacking. The granola had a great bite to it, really crunchy, but without the added coconut shavings mixed into the cooled mixture it didn’t really taste like coconut. Think I may have to revisit this one…

Bakewell Granola – Now for my favourite! Although I may be being a bit biased as I love bakewell tart…. and pretty much anything almondy! This granola was much lighter in colour (so if you do try this mix be aware it doesn’t brown as much as other granola’s so you don’t burn it!), but it still had a nice crunch to it. The ground almonds created a light flavour and also helped stick the mixture together. If you are a fellow lover of bakewell or frangipane treats I recommend you try this variation! 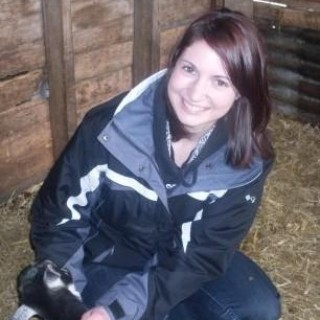 Hi! I'm Nat, a health and fitness nut. I love keeping fit and staying healthy, experimenting with new recipes and food, always finding new ways to substitute the bad for the good! Nuts about healthy living is my way of sharing my passions as well as gaining inspiration from others.